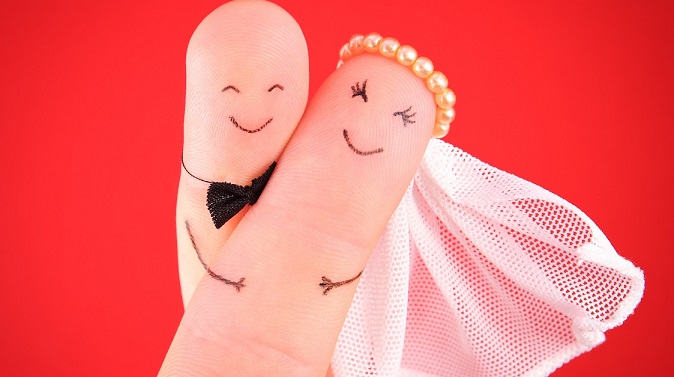 No person really decides before they grow up who they’re going to marry. God decides it all way before, and you get to find out later who you’re stuck with.
— Kristen, age 10

WHAT IS THE RIGHT AGE TO GET MARRIED?
Twenty-three is the best age because you know the person FOREVER by then.
— Camille, age 10

HOW CAN A STRANGER TELL IF TWO PEOPLE ARE MARRIED?
You might have to guess, based on whether they seem to be yelling at the same kids.
— Derrick, age 8

WHAT DO YOU THINK YOUR MOM AND DAD HAVE IN COMMON?
Both don’t want any more kids.
— Lori, age 8

WHAT DO MOST PEOPLE DO ON A DATE?
Dates are for having fun, and people should use them to get to know each other. Even boys have something to say if you listen long enough.
— Lynnette, age 8

On the first date, they just tell each other lies and that usually gets them interested enough to go for a second date.
— Martin, age 10

WHAT WOULD YOU DO ON A FIRST DATE THAT WAS TURNING SOUR?
I’d run home and play dead. The next day I would call all the newspapers and make sure they wrote about me in all the dead columns.
— Craig, age 9

WHEN IS IT OKAY TO KISS SOMEONE?
When they’re rich.
— Pam, age 7

The law says you have to be eighteen, so I wouldn’t want to mess with that.
— Curt, age 7

The rule goes like this: If you kiss someone, then you should marry them and have kids with them. It’s the right thing to do. — Howard, age 8

IS IT BETTER TO BE SINGLE OR MARRIED?
It’s better for girls to be single but not for boys. Boys need someone to clean up after them.
— Anita, age 9

HOW WOULD THE WORLD BE DIFFERENT IF PEOPLE DIDN’T GET MARRIED?
There sure would be a lot of kids to explain, wouldn’t there?
— Kelvin, age 8

HOW WOULD YOU MAKE A MARRIAGE WORK?
Tell your wife that she looks pretty, even if she looks like a dump truck.
— Ricky, age 10