The single red geranium flower i posted earlier this month has been joined by a large number of his siblings, making a beautiful, bright red ball of colour.

Something unusual caught my eye as i was passing by it and since i had my camera handy i took a quick snap for posterity. 🙂 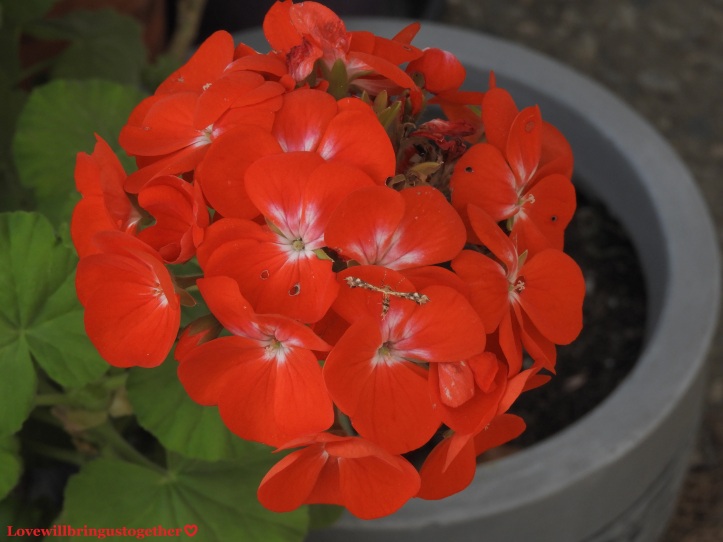 Never having seen anything quite like it before i determined to see if i could identify it with ‘help’ from Google. After viewing several hundred images i had settled on it being a Plume Moth but could not identify with any certainty the right species.

After trying several different search titles i saw something that looked close and zeroed in on a species name and finally found an almost exact match for my little fearsome flying friend! I visited the page the image was on and found it’s ‘common’ name – mystery solved! 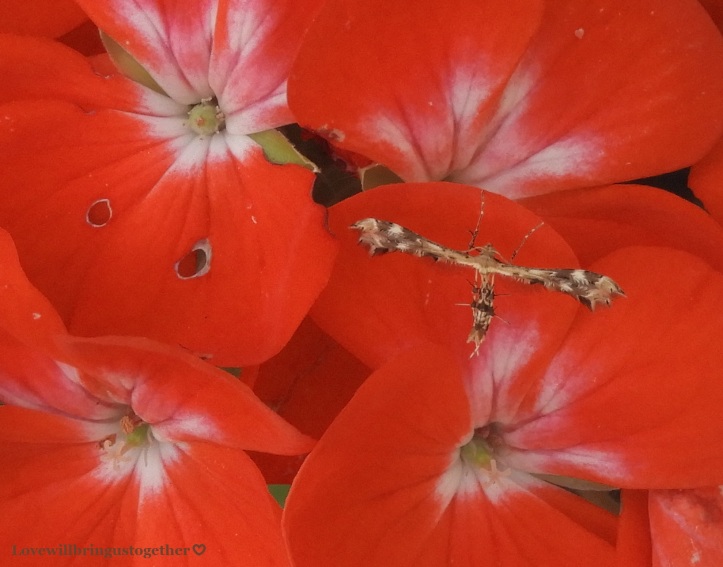 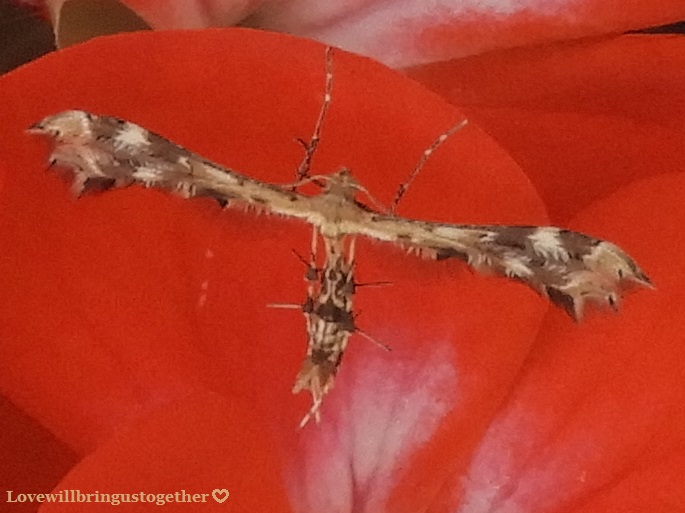 His long curved rear legs have some serious spines sticking out from them. They are  known as tibial spurs. The two front legs also have smaller ones.