The magnificent Forest Red-tailed Black Cockatoo (Calyptorhynchus banksii naso)  is a sub-species of the Red-tailed Black Cockatoos which are native to my corner of the world. Sadly, it is currently considered endangered, near threatened, in conservation terms as their numbers are decreasing, owing to human destruction of their natural forest habitat. 😦 😦

The Black Cockatoos are normally found in forest areas but pass through the Perth metropolitan areas as they move from their Summer to Winter feeding grounds.

These amazing birds are larger cousins to the White Corellas i posted earlier this year. They can grow to over 60 cm (2 ft) in length with a wingspan double that. They have a varied diet but prefer the seeds from nuts of Eucalyptus and other native trees. They cut off a small branch containing several nuts with their extremely powerful and sharp beaks and then hold the branch with one foot while dissecting the nuts to get to the seeds.

These guys are in a Cape Lilac Tree munching on the berries. 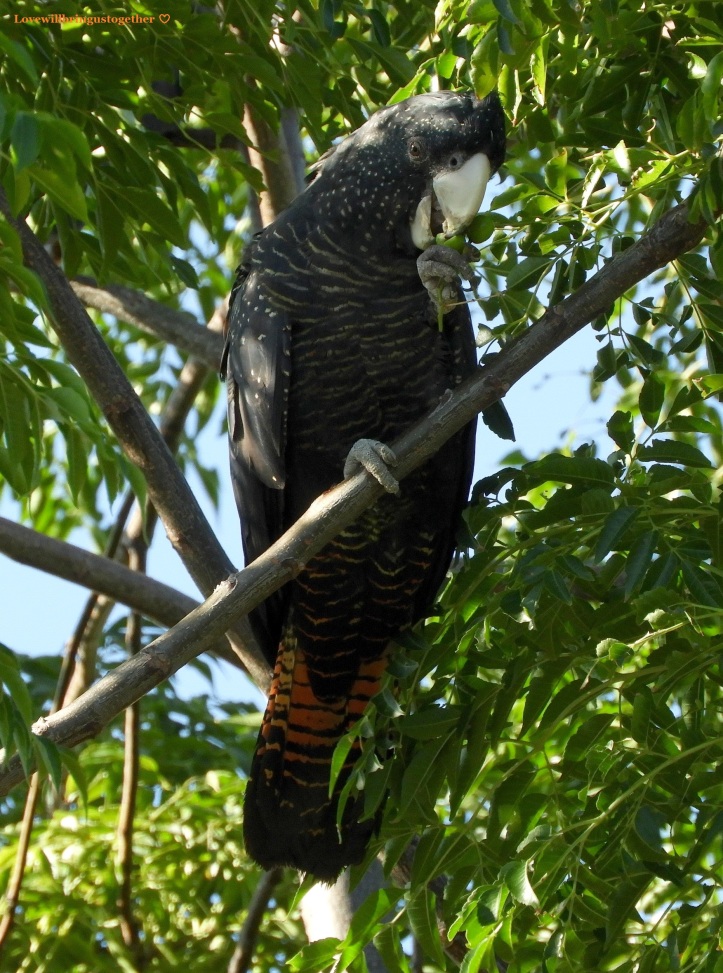 A Female cracking open a berry.

The Female with her camera shy mate. 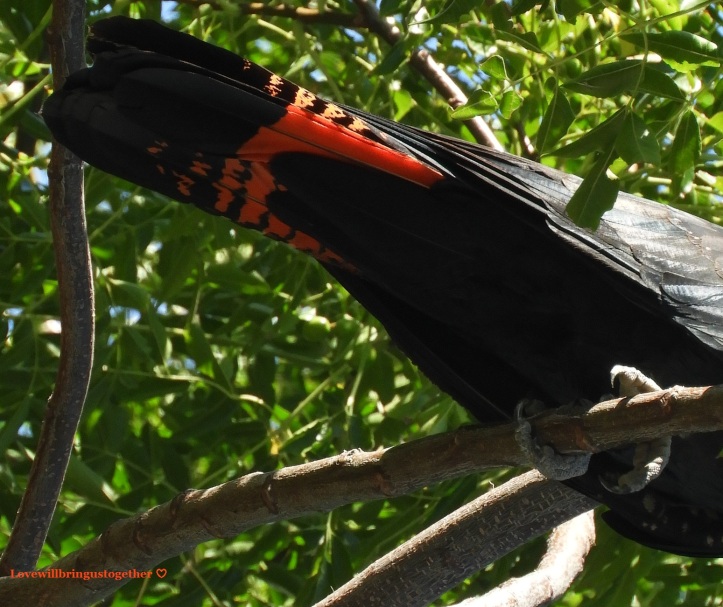 A close-up of the Male’s tailfeathers. 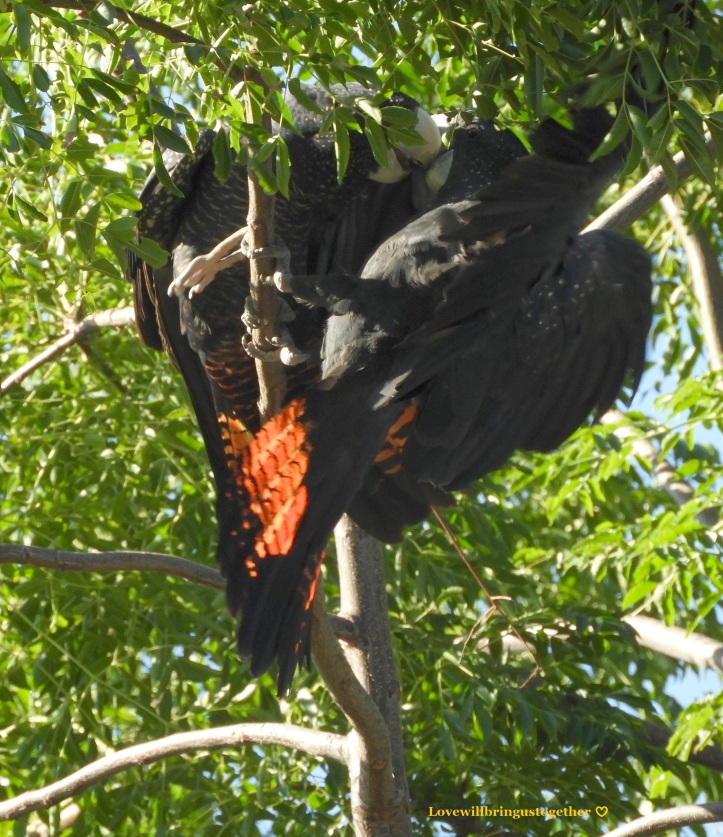