An English View (or views of English, even?).

When one aspires to peruse
the Written Word it can amuse,
because our tongue has many Do’s
and Don’ts which often can confuse
those of us inclined to choose
To’s when what we meant were Too’s. 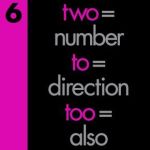 If we look at certain words we use,
sometimes in ones, and sometimes two’s,
and especially if we should choose
to analyse our verbal cues,
we’re phonetically inclined to lose
track of the ways with which we spell “-ooh’s”.

Writer’s should be forming cues
in which they seek to ask their Muse
to state in her opinion who’s
coughing up all outstanding dues
on all the ways there are to choose
to spell the words that sound like “-ooze”.

No bear with brain as small as Pooh’s
who’s mental faculties (Read I.Q.’s)
is smaller than his own left shoe’s
could say if we an odd number choose,
or a multiple of the number Two’s
To count the ways we rhyme our “U”s.

I’ll wager no herd of stately Gnu’s
impossibly dressed in pink tutu’s,
nor Any beast of London Zoo’s
ever had even the slightest clue’s
to the seemingly unending views
of ways to rhyme the ending “-oo’s”.

Despite the warnings of old Uncle Hugh’s
(which coincided with his brother Lou’s)
I’m prepared to take on I.O.U.’s
for bets relevant to the number whose
nearest the ways there are to use
letters to spell sounds like “-ews”. 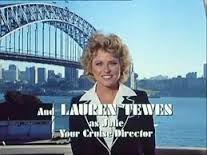 And i greatly doubt that Lauren Tewes,
or, for that matter, Howard Hughes,
Had ever stood in brand new shoes
and, mindless of a pinch or bruise,
cried out loud the shocking news
that there’s an excessive choice when writing “-ue’s”.

Should any rabble try to accuse
me of inflicting upon such a crew’s
rotten lot, a dilemma whose
horns are as sharp as any gnu’s,
and that’s before we even start to choose
foreign terms like: bid our adieu’s,

and Americanised names like “Suze”,
I sought merely to express my views
on the quite substantial ways we use
Consonants with which we fuse
vowels in varying one’s and two’s
all to ‘simply’ rhyme with: Booze.

I believe that is 27 spelling variations on a single sound!

As i indicated in a verse above, English will sometimes adopt a foreign word and claim it as it’s own through frequent use so, for example, here in Australia, a suburb has the french name La Perouse (rhymes with roo’s, not rowse); a song by ABBA was Vouslez-Vous (voo-le voo) which can be pluralised to vouslez-vous’s and some Native Americans are Sioux’s. ( Yeah – i know technically two Sioux rhymes with sue, but you can call land belonging to the Sioux the Sioux’s land.)

I make that 30 – if anyone knows any other ways of rhyming without using any of the printed endings i’d be obliged if you let me know and i’ll see if i can get them in another verse. 🙂

Uncovering 80s obscurity ~ one song at a time.