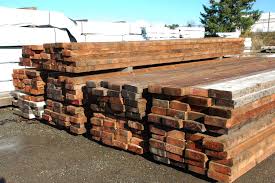 OK, lets see if i remember how this thing works…?

First, a little about me and my reason for writing on this blog, for those who may not know, or may have forgotten.

While not believing in God for much of my earlier life, being raised in a small family with no clear religious attachment albeit in supposedly ‘christian’ countries, i never really not believed in God either.

Growing up i was a strong fan of science and liked learning all sorts of new stuff about Astronomy , Dinosaurs, Chemistry, Physics and Nature in general. I was pretty handy at mathematics and English (the subject as well as the country) and somehow acquired an above average IQ as measured by most intelligence tests. (Probably because i spent more time getting to know books and facts than people in my immediate vicinity).

I got married at an appropriate age for me (sadly not for my wife who was 18 at the time) and divorced a little time after. Around this time i learned to be slightly less ‘enamoured’ with science and scientists who had begun, for me, to approximate something like God – the Font of All Knowledge – as it became increasingly obvious that they frequently disagreed with one another on exactly what is ‘right’ in certain instances. Sometimes one would believe in exactly the opposite idea to another, or even whole groups of ‘experts’ would contradict what another group said was the ‘truth’. As ever it is with us human beings who are nothing if not fallible on almost everything.

A few years later a comment from a catholic co-worker intrigued me enough to read a chapter of the Bible – Revelation to be exact – and i bought my own (KJV) and started reading more and more books and chapters  (i’m still only around 70% finished but know my way around it well enough to find what i may need to at any moment). And so began my journey, or battle, if you will.

Why battle? Well, being human, i find myself frequently having good ideas and following them for a time and then letting them trail off, sometimes to have another bash later on, sometimes to find the idea was utterly wrong for me, at the time. I now put this down to my base human nature and assign to that the name of my Ego. My Ego tries to get me do do what it wants me to do and think what seems right to It, not necessarily what is best for me as an individual. I’m sure many of you can relate. St Paul certainly could as he makes quite clear in his letter to the Romans.

My Ego is a creature – a creation of my own doing – of Desires for Earthly Things. Of the lower, baser parts of my being whereas my soul or spiritual nature is of my higher being which is frequently unable to be clearly heard over the loud and demanding voice of the Ego.

So, hence the need for this blog – to help myself learn how to overcome the Ego voice and listen more to the spirit, which i hope is somewhat aligned, or will align itself, to God’s. I thought that it would be a nice thing to bring all humans together and believe that the only thing that we all have in common is love, even if we don’t all love the same thing, and hence the blog’s name.

I’m now not ashamed to say, on here at least, that for me, Christ is the Key, the begotten son of God who died on Earth to be raised up again and who sits at the right hand of God and who’s Spirit is that of the one who raised Him.

Enough about me and this blog – let’s get back to the topic. Motes and Beams.

Biblically speaking, in Luke and in Matthew a mote can be compared to a splinter or foreign body that may catch in the eye and is compared to a beam of wood which is similar to the splinter, excepting it be of far more import (size even).

I know from personal experience that it is very easy to criticise others and to believe they are wrong based upon one’s own ‘understandings’.

Accordingly i have not infrequently commented on others’ observations on life as they see it, offering my own version for ‘consideration’ (read: hoping they’ll change and see things MY way! 😉 ).

I am only now coming to understand that there is every chance my ‘ vision’ is as impaired as i believe all those ‘others’ versions are and that the only True vision is the one God authorises and we would do well to adopt in our own life.

Of course this would only apply to those of us, like myself, who have not yet been awarded the Gift of Grace; awareness of the Spirit of God through Christ within. Those so truly blessed (and not merely thinking they are) are of the same mind and spirit as God and therefore have no beam, or perhaps a even a mote, in their eye to obscure their sight of the Truth.

On that understanding it is now my aim to check myself (my Ego) from grabbing prime use of my brain when starting to criticise anyone or anything and listen first to whatever God may be able to teach me through what i take ‘offence’ at and feel a need to ‘correct’.

Ideally that will make both me and my blog better in all aspects. 🙂